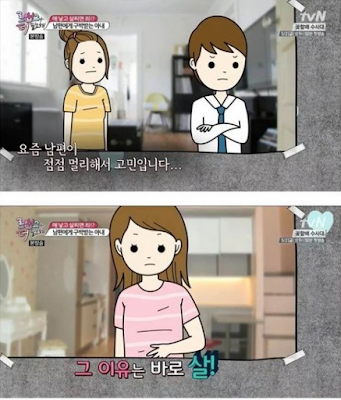 I'm concerned because my husband is avoiding me nowadays. The reason is because of my fat. During the early days of our marriage, my weight increased to 65kg because we always had night food. On top of that, I got toxemia during pregnancy so my weight was 80kg when I was fully pregnant.

It's been three months since I gave birth, but my weight did not change at all. I started avoiding my husband because I was insecure with my body. My husband said, "other wives have no trouble with losing weight!" My weight is currently at 74kg and it wouldn't go any lower. 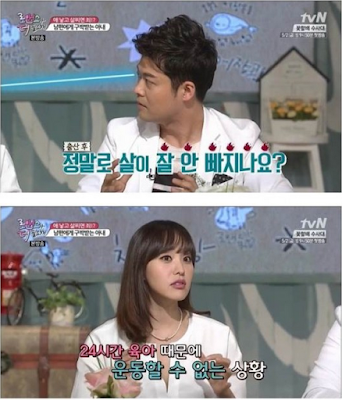 JHM: "You really can't lose wight after giving birth?"
PJY: "You have no time to work out because you have to watch over the baby for 24 hours. Also, you can't go on an extreme diet for the baby when you're pregnant so you practically can't." 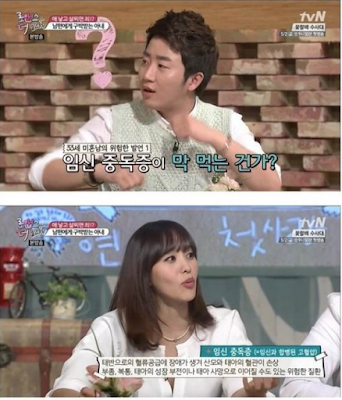 HJH: "But it's a problem that her weight increased up to 80kg."
PJY: "It's because of pregnancy toxemia!"
HJH: "What's that? Is it excessive eating?"
PJY: "You can't help but gain weight. You gain weight because of the pregnancy. It's natural that she gained weight." 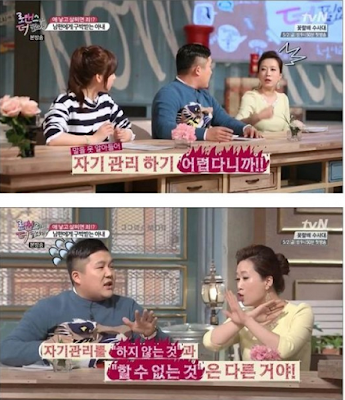 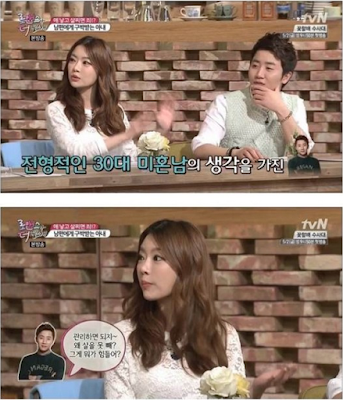 LJ: "The husband should help the wife with parenting so that the wife will have some time to diet and exercise. Hong Jinho's thoughts are a typical bachelor in his 30's. He's like, "she can take care of herself~ Why can't you lose weight? How is that hard?"" 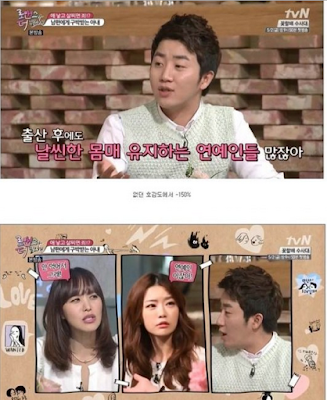 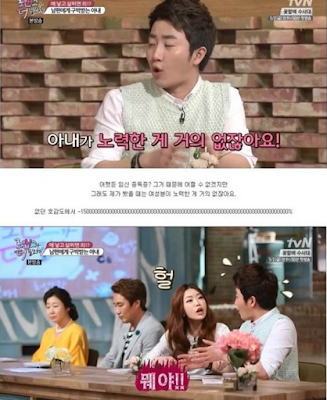 HJH: "I can understand that it's a hard situation because of pregnancy toxemia, but the wife hasn't tried anything!"
LJ: "WHAT?" 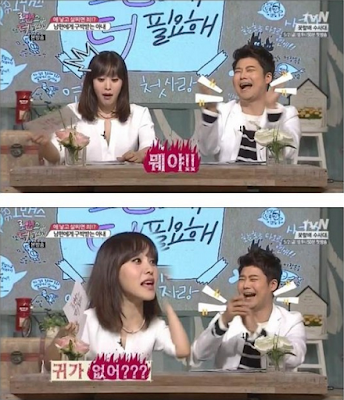 PJY: "Do you not have ears?! Did you not listen to the story?! The wife jogged for an hour everyday!!" 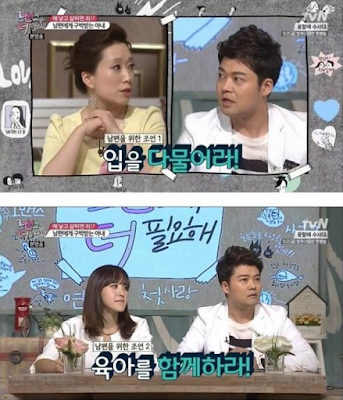 JHM: "So what would be the proper way for the husband to deal with it?"
MC: "Shut his mouth and do parenting together." 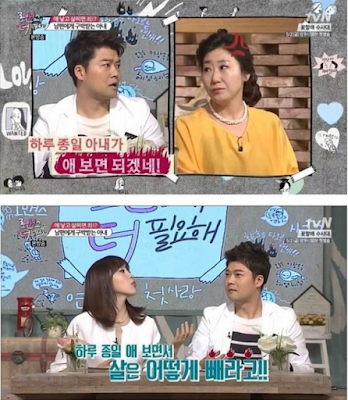 JHM: "How often does a mother need to breastfeed the baby?"
MC: "Every 2~3 hours"
JHM: "Then the wife can watch over the baby for the whole day!" 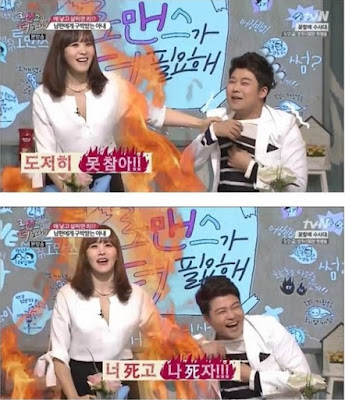 PJY: "Then how is she supposed to lose weight when she has to watch over the baby for the whole day?"
JHM: "She could carry the baby and do squats!"
*PJY explodes

2. [+495, -38] Those guys were always dislikable. Jun Hyun Moo disses the panelists' looks on Abnormal Summit. Hong Jinho used ilbe words and bragged about driving while drowsy. He uses his 'flirting guy' concept and tries to get associated with female celebrities to stay relevant. Jo Seho should take care of himself instead ㅋㅋㅋㅋ

3. [+453, -36] They're so dislikable ㅋㅋㅋㅋ Hong Jinho's statement of "celebrities can take care of themselves" makes me speechless the most ㅋㅋㅋㅋㅋ

4. [+235, -3] What's with Jo Seho? He should lose his own weight before speaking~ Going by his logic, even wives that have to watch their babies can lose weight. So why is he not able to lose weight when he has plenty of time?

5. [+222, -4] It would've been annoying enough if handsome guys said this but those three guys look like shit ㅋㅋㅋㅋㅋㅋㅋㅋ

6. [+189, -8] I watched the broadcast and I got so pissed off ㅋㅋㅋㅋ They kept acting like that, they must be trashes from the start.

7. [+176, -9] Those bachelors are pathetic. They'll hate it if a woman carelessly talks about the military. They don't even know the struggle of a pregnant woman. Jun Hyun Moo studied hard and I admit that he's talented in that aspect but he doesn't know how to sympathize with others. Someone like Yoo Jae Suk would've never said stuff like that.