Pann: How are Hong Ga Hye and Hwayoung related??? 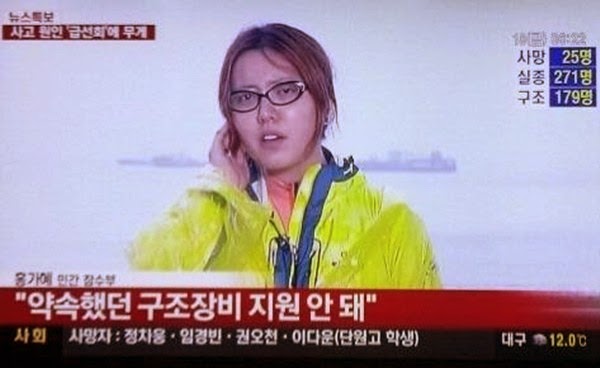 Hong Ga Hye has an interesting past.
The most shocking thing is that when T-ara's bullying scandal broke out, she claimed herself to be Hwayoung's cousin and tweeted that Hwayoung was indeed bullied.
It was posted in August, 2012. I was confused whether the bullying was true or not, and I ended up believing the bullying happened because of her opinions as "Hwayoung's cousin". These are the tweets she tweeted: 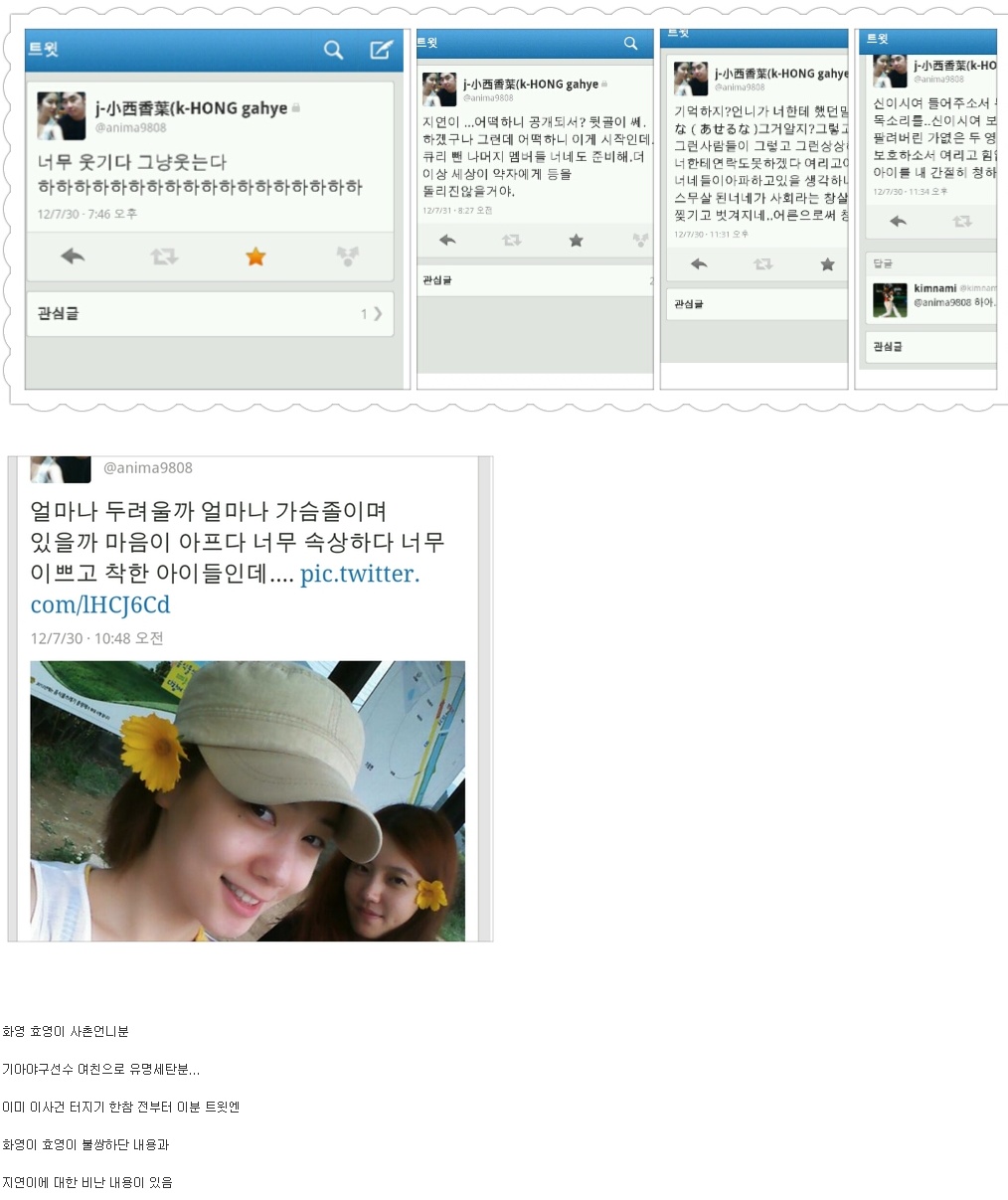 - It's so funny, I'm just laughing hahahahahahahah
- Jiyeon... It's all revealed, what are you gonna do? I'm sure you're scared, but it's only the beginning. All the members should be prepared except Qri. The world wouldn't turn their backs against the victim anymore.
- You remember what I told you right? I can't even contact you because I can imagine you suffering pain. You're getting ripped with the society spear when you're barely 20.. I"m embarrassed as an adult.
- Dear God, please listen to my voice. God, please protect the poor souls and pray for the poor kids.
- Imagine how afraid they are. Imagine how scared they are. I'm so pained and sad. They're such nice kids...

This is a tweet posted by Hyoyoung. This is Hong Ga Hye and Hwayoung at a baseball game. 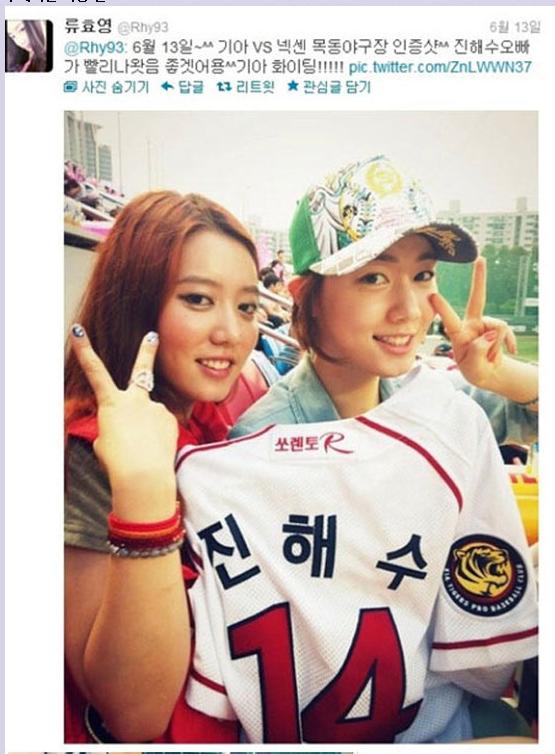 What I don't understand is, she must have connections with Hyoyoung and Hwayoung seen by those pictures, but what is it though?? Were Hwayoung and Hyoyoung just watching her when she was posting that they were being bullied?


1. [+124, -3] I heard that she's mythomaniac... She spread a rumor that she was pregnant with a baseball player's baby. She also pretended to be her own dad and told others that she committed suicide. She's completely insane.

2. [+109, -33] She might not be their cousin but she seems to be close with Hyoyoung and Hwayoung... You never know the inside of the people tsk tsk.

3. [+56, -22] What's with people bashing Hwayoung? You guys first believed the woman and didn't even look for the truth for the bullying incident. Now you guys are switching the side ㅋㅋㅋㅋ What's certain is that Hwayoung is better than T-ara and T-ara is better than those who bash Hwayoung

4. [+50, -21] I saw the clarifications of the bullying incident made by T-ara fans so I wasn't sure of it but I guess it was all lies... Hwayoung and that woman are all the same, scary bitches...

5. [+47, -5] Both T-ara and Hwayoung/Hyoyoung were fooled by that bitch. She's not related to the twins at all, she just knows them. She pretended to be their cousin and bashed T-ara. Kim Yong Ho threatened her that he was gonna reveal the truth and she changed her words and said it wasn't bullying but fights.

7. [+33, -1] What's weird with Hwayoung and Hyoyoung is that they clarified that they have no connections with Hong Ga Hye with her recent scandal. But when Hong Ga Hye tweeted lies that she was their cousin and that she saw them being bullied, the twins didn't even say anything. They went to a baseball game together and took pictures, they seem very close...

9. [+28, -14] What a bull ㅋㅋㅋㅋ When Hwayoung was in T-ara, she had an exposure scandal and she also earned money. She would've definitely tried to stay instead of getting out of the group. Why are people bashing Hwayoung? I'm sure Hwayoung has better personalities than T-ara. She also shields T-ara in interviews a lot, does that make her a psycho?