Instiz: The most mysterious interview of Shinhwa

Q: Who are the most fashionable members?

A: 1st is Jun Jin with 23 votes and 2nd is Dongwan with 10 votes. Jin has a good body so he looks good in any clothes. And the fans who saw Jin voted for him a lot. The reason for Dongwan is because he's just "obvious". Dongwan is talented in everything.

- I think SHCJ unnies were being sarcastic ㅋㅋㅋ

- What were they thinking ㅋㅋㅋ 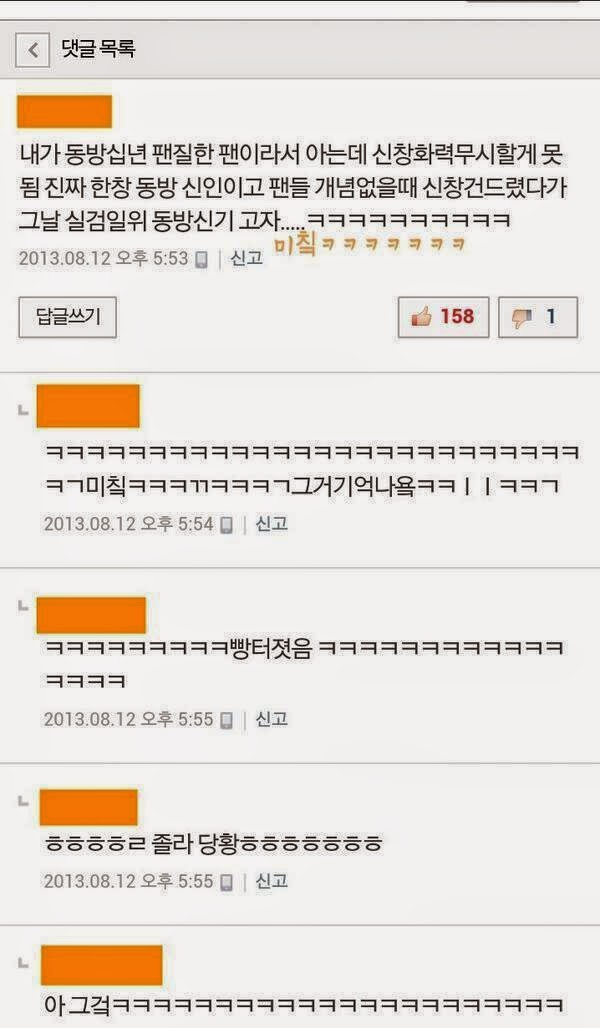 "SHCJ's power should never be underestimated, I know this because I was a fan of TVXQ. When TVXQ just debuted and TVXQ fans were immature, we provoked SHCJ. On that day, a top search term was "TVXQ eunuch"

This is Gangnam, make it bounce to the hip hop
Gangbuk gettin' live, let's get it
This is something you can't find from school, home, books, or textbooks
It's not easy, there are a lot to say
I change everyday, rapflow
Again shivering and obeying rapper
Producer who's all about money, I repeat, just pay back my money

i'm a say one thing just to make sure
i just don't give a fuck and i don't give a shit u know what i'm sayin?
Spend a lot, personalities a mess, a prettiest girlfriend
Never mind 36 months pay-off, just like
360 wheel back 180 m dust that i w rich you can get
Things learnt from school, nothing helps
except a bit of math and vocabularities, what the hell is this
bangs heavy, left out in the own black chevy
Time will pass
I have nothing to regret at this moment anyways
I own a lot of things, I'm different from you, you own a lot of things but you're thoughtless

- This is a real diss song towards LSM

- When they were under SM, they sang it at a concert and Minwoo played this song on a radio ㅋㅋ

- But from my perspective, it doesn't look right to do it when the company raised them...