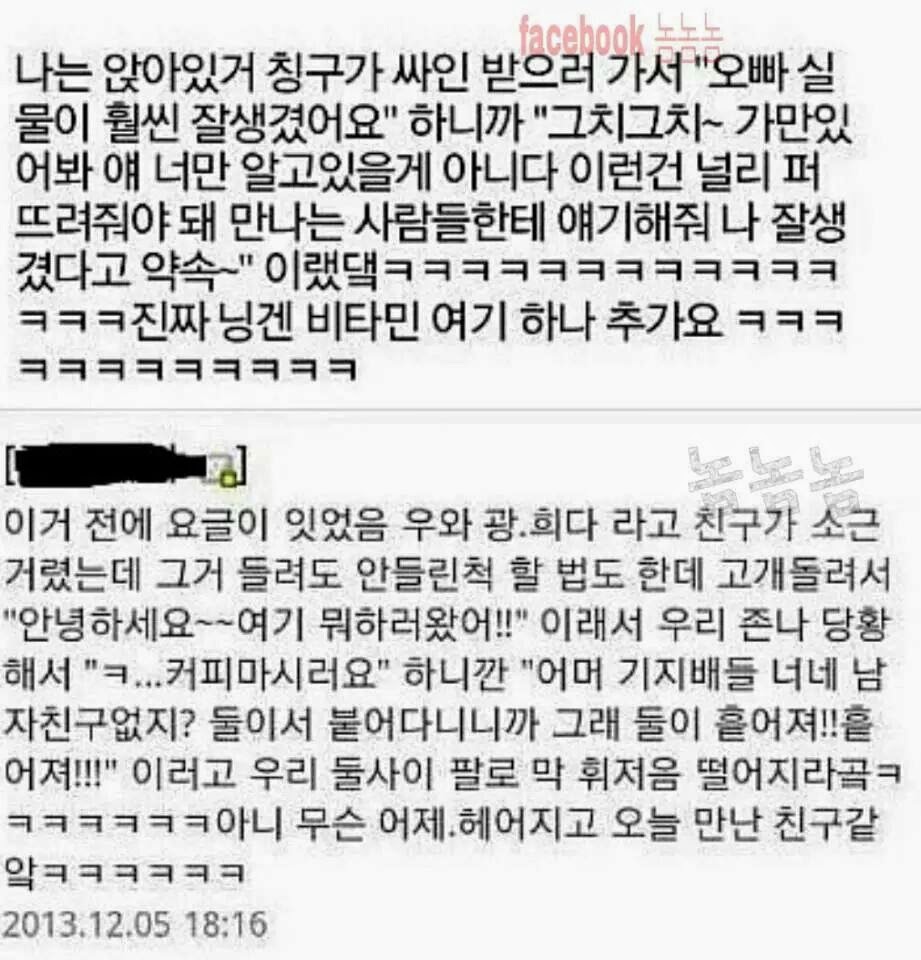 - I was sitting and my friend went to him to get an autograph. She told him "you're much handsomer in real life" and he was like "I know right~ Hold on, more people should know this. You have to spread this kind of stuff. Tell everyone that I'm handsome. Promise~" ㅋㅋㅋㅋㅋㅋㅋㅋㅋㅋ He's a vitamin

- My friend whispered "whoa that's Kwanghee" and he could've pretended like he didn't hear us, but he came to us and said "hello~ why are you guys here!!" We were really surprised and said "w... we're here to drink coffee" and he said "omo you girls, you guys don't have boyfriends, right? It's because you both are always sticking with each other. Separate, separate!!" He kept trying to separate us as he was saying it ㅋㅋㅋㅋ It felt like he was a friend of me I just saw yesterday ㅋㅋㅋ

- I can hear his voice as I read this ㅋㅋㅋ

- This is my real anecdote. When Kwanghee was filming WGM with Sunhwa, I went to ZE:A fansign and asked him, "oppa, can you get re-married to me?" Heechul and Kevin laughed so hard and other members were also laughing ㅋㅋㅋ I was embarrassed so I showed a note saying "oppa, re-marry me, call?" and Kwanghee pointed the note and laughed. He asked "what should I say?" and I told him to at least say yes. So he wrote "yes" and signed my autograph as he was laughing. His laugh was really big ㅋㅋㅋㅋ

- Why is this post so loud when I'm just reading it?