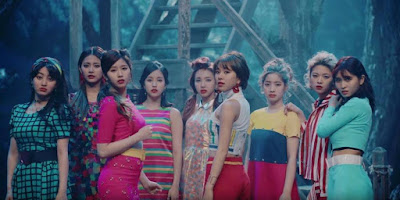 1. [+409, -11] I also think the same. These days, girl groups have uselessly many members and they rely on catchy songs with cute concepts. It's so frustrating... I really hate how it's becoming like J-pop which is slowly flopping.

2. [+402, -13] Like Ooh Ahh was the best. I don't know how long Twice will release songs with "cutesy" voices and killing parts. Their music is not my type anyways but personal preference aside, it's time for them to release something trendy if they had released three songs with the same method already.

4. [+165, -3] Not just Twice, but I want the entire market of girl groups to change. Enough with "Oppa please love me ㅠㅠ" songs. Women are more conscious and independent these days. I don't know why girl groups are not different from the past. Even their talents... A lot of boy groups produce and write their own songs like Winner, Seventeen, and BTS do. I don't understand why there isn't a girl group that does that yet. There's no improvement.

5. [+154, -4] Someone said 4Minute was a sexy concept but it's only Hyuna. 4Minute was more of a girl crush. Hot Issue, Muzik, Crazy, and Hate... Mirror Mirror was sexy but aside from that, they always came back with a unique song.

6. [+138, -4] They've been pushing the same thing since sha sha sha became a hit... I was like wth with "neomu hae neomu hae". It was trying so hard to become a catchphrase. They should just go with Like Ooh Ahh concept.

7. [+130, -0] Not just Twice but other idols are also pushing young and cute concepts... It's like they want to become popular at once. Is this Japanese influence of is our country going crazy? I really hate the increasing amount of lolita concepts... I couldn't believe my eyes when this group wore bibs on the stage. I heard they changed them to ties. The companies need to wake up. 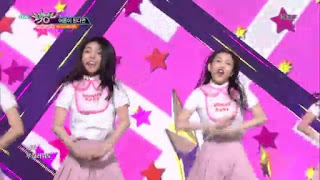 9. [+112, -0] Honestly, Signal charted #1 because Twice sang it. If an unknown group sang the song, it would've been buried... I think Like Ooh Ahh was their best song. Cheer Up had a good melody but "Please understand me since I'm a woman" was questionable. TT was trying so hard to become a catchphrase. The lyrics didn't make sense, either. Signal is the worst song of Twice for me. JYP should've chosen a proper song. It sounds like a CM song than pop music ㅋㅋ

10. [+112, -4] Their dancers are too good to be wasted ㅠㅠ Momo was amazing on Hit The Stage. I was awed at her dancing on the show but Twice's dances are so childish. It buries Momo's talent... I feel bad.

12. [+96, -0] I've watched all episodes of Sixteen and find Twice a likeable girl group, but I also find that their concepts are getting degraded. I feel so bad... I liked the fresh cheerleader concept of Cheer Up but I didn't like the lyrics ㅠㅠ